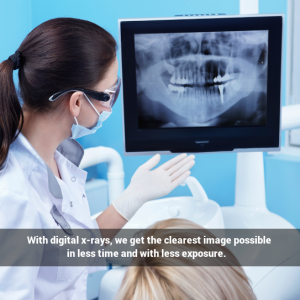 Dentists depend on x-ray images to view and diagnose dental issues that can’t be seen just by looking in your mouth. And just like film and video cameras have made the switch in recent years from conventional film to digital, digital x-ray imaging is becoming the standard for dental practices across the country, including dentists in Boston. But is this newer technology really better? For many reasons that matter to both dentists and patients, the answer is yes.

What are the advantages of digital x-rays?

Dental Partners of Boston is dedicated to safe and cutting-edge care, which is why we offer digital x-rays. Contact us today for more information or to schedule an appointment.